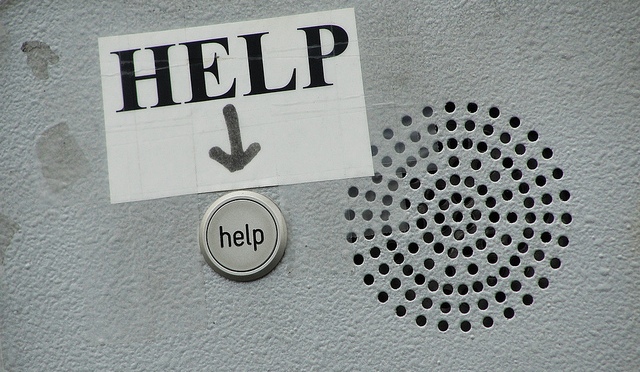 Moving to a new country is exciting, yes, but it’s also incredibly tiring to live somewhere where you don’t (yet) speak the language. You need time to learn, obviously – and I’ve been short on that – which means every encounter has to be planned and prepared for. This makes so many of the little things we do day-to-day extremely tiring and time consuming, things we totally take for granted when we’re a native or fluent non-native speaker. Things like going to the bank, the post office, the school. The shop, even. Even if you’ve been in this situation before you still have to rehearse, to check yourself, to brush up a bit, to ensure you correct any mistakes or answer any unanswered questions left over from the last visit.

And then there are entirely new situations where you need to learn new vocabulary. Like my recent trip to the docs for my slightly overdue smear test. In a second language that I’m currently a bit hopeless at it was pretty interesting inasmuch as I spent the whole appointment more embarrassed about my terrible French than the act of having the smear test. (It’s called a le frottis vaginal, if you’re interested, and is just as undignified with a French doctor as an English one.) It was a little overdue because there’s only so much I can do admin-wise and it took me ages to get round to booking a doctor’s appointment. On the one hand I didn’t have the confidence to do it over the phone but then I never seemed to have the time to pop in and do it face-to-face. In the end I braved a phone call just to get it done – and it went just fine, thankfully! But that in itself is an example of the extra mental load of being a language learner living in a foreign country. You can’t just pick up the phone and sort shit out!

And then there’s the headspace all this takes up. I realised the other day as I was driving to school to collect DD that possibly one of the reasons I feel so tired some days is because of the extra mental load this whole language learning process requires. On that particular day I was driving to the school but first had to pop to the bank to pick up a cheque book and pay some cash in. Ordinarily I’d just be driving the car, minding my own business, watching the road, maybe singing along to something on the radio, doing a mental check about whether I’d picked up my wallet or my phone, but this particular day I was running a conversation in my head along the lines of…

“What’s the verb for collect? Okay, er, so I want to collect my cheque book. Cheque book is probably un livre de cheque. Yes, that will work. So maybe, “Je besoin de colliere ma livre de cheque.” Is that right?? Is it ma or mon livre. Maybe I should say “Est-ce vous-avez ma livre de cheque?” Is that better. Have they got our new address? I should probably check that too. I’ll have to check it on my phone when I stop. So I’ll say…”

I got to the bank, went in, said something that may or not have been correct but was the best I could do, picked up my cheque book (so whatever I said worked), checked the address on the account then got back in the car – feeling very pleased with myself indeed. But it doesn’t end there, you see, because now there’s a new conversation to be had: the post-discussion analysis which goes along the lines of…

Did I say that right? What did they say? Did I understand that right? Next time I should say X instead of Y. Or would Z work better? What was that verb they used? So the past is.. Oh, I can’t remember. I’ll have to remember to look that up.”

And so on. It’s exhausting! On the upside, the fact that I am actually having these conversations in my head – and using my terrible French out loud in the real world whenever I have to get the chance – is evidence that I’m making progress, but I can already see how greatly life will be improved once I have a good handle on many of the everyday interactions that we normally take for granted.

It’s given me a new perspective on the lot of an immigrant and I really feel for them. When talking about immigration the lack of language is something that people often whinge about but now I totally get how people who move to a country manage not to learn the language, especially when the natives tend to be hostile to immigrants and not particularly helpful. Because it will always be easier to hang around with other first-language native speakers. Of course it will. To put yourself into situations where you are struggling is not all that pleasant. There’s the mental toll before and after and the high-probability that you will humiliate yourself in between. But that’s how we learn. Kids don’t learn to walk or talk by imprisoning themselves in their comfort zones. They learn because it’s really frustrating to be stuck on the floor in one place staring across the room at your favourite toy, or having someone feed you apple when what you really want is carrot and a drink. So I take my inspiration from my kids. Both of them. Both of them are busy learning French and they don’t even know they’re doing it. DD is at maternelle and DS is at creche. Neither of these places have English speakers so they really are immersed in the truest sense of the word. DD has embraced it so well that she now says, proudly, “I’m French, not English.” She watches all her movies in French and  I’m pleased to say that the last time I watched Happy Feet with her I found myself listening to the audio more than reading the subtitles. So I can take all the extra hours it takes to figure out how to ask for my cheque book or book an appointment with the doctor over the phone. To learn the language is one of the reasons we came here, after all!

I first mentioned this in another post a couple of months back but as with everything there hardly seems to be time and most days it feels as though we’ve been busy-busy but accomplished very little. Perhaps energy drain is part of that equation? I won’t know I’ve cracked it until the first time that I manage to march into the bank or the doctors or wait at the school gate without all the mental chatter before, during and after. I have a feeling it will feel like being on holiday – mentally, at least. Until then I’ll just have to keep working at it.

The featured image used for this post is “help” by Patrick.
Terms of Use: This work is licensed under the Non-Commercial Share-Alike 2.0 Generic (CC BY-NC-SA 2.0) Creative Commons License. 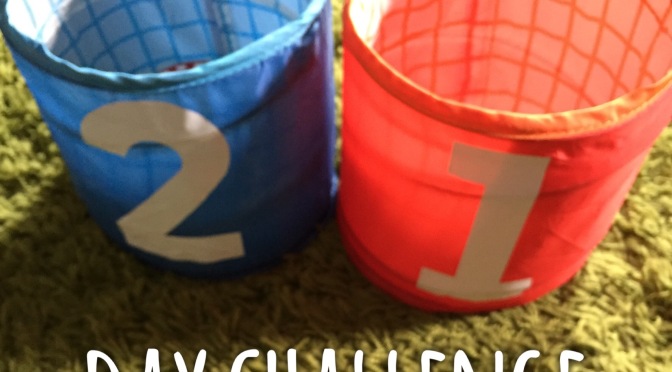 Earlier today a friend posted a link to the Calmer You 21-day Complaint Free Challenge, encouraging us to become aware of just how much we complain. It’s said that you need to keep at something for 21 days before it becomes a new habit, so that’s also the point of this challenge: to reprogramme the sunnier side of ourselves and put that old whinging git that occasionally takes centre stage back in it’s box. I need this challenge. Furthermore, James needs this challenge (if you’ve seen the film Paddington, think Mr. Brown.) I’m not going suggested directly that he does it but, if I can do it, my sunny disposition may just rub off on those around me. Whether that works or not, especially on a three-year-old, it will be good for the littlies to have one whinge-free parent, even if it’s only for a short while.

The rules of the challenge are simple: no whinging! If a single whinge or whine passes your lips, you’re straight back to Day 1. No ifs,  no buts, and… no whinging!!

I have a feeling it’s going to be tough. I like the idea of it being a time-limited challenge. It’s in-keeping with a general rule I’ve been trying to follow (with mixed success) inspired by a blog post I read somewhere (I’ve no idea where) a while ago with regard to focusing on positives, so before speaking think:

It’s surprising how many thoughts are not worthy of being articulated once you start filtering them through those three criteria. I often like to remind James of them when he’s in a negative one but am probably not so good at moderating my own mutterings. I think for both of us the last year has been hard and it has felt like there have been a lot of challenges which have taken their toll and while we’ve had some real doom and gloom days – and who needs those – we have a whole lot to be thankful for. It feels like being busy and tired seems has become an excuse for being miserable!

So, who’s in? 21-days of sunny, positive blog posts coming up!

a blog about family life in France, discovering a new place, new people, and learning a language